This day on my workbench a Myryad Z110 CD Player with the symptoms of no sound but besides that fully operational.

My first thoughts were the muting relays which I saw at first glance of the PCB. But eventually it was something else.

I tried the digital output on the CD player, that one was working. So digitally there was not really anything wrong with it.
Lets see if there is sound coming out of the Digital Analog Converter chip (DAC). It is a Crystal CS4391 24-bits, 192 kHz stereo DAC. 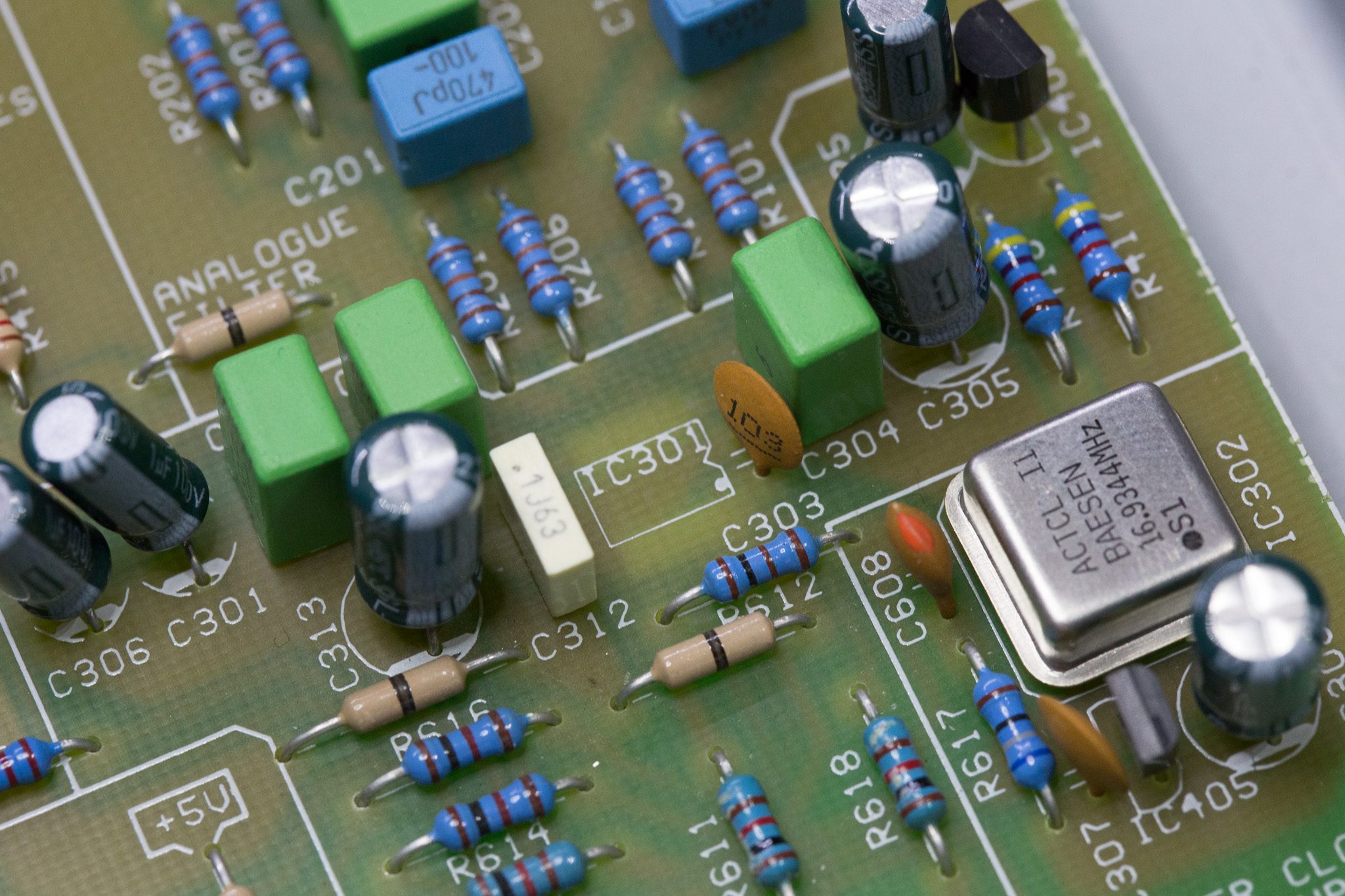 I googled for this SMD IC and downloaded the datasheet. 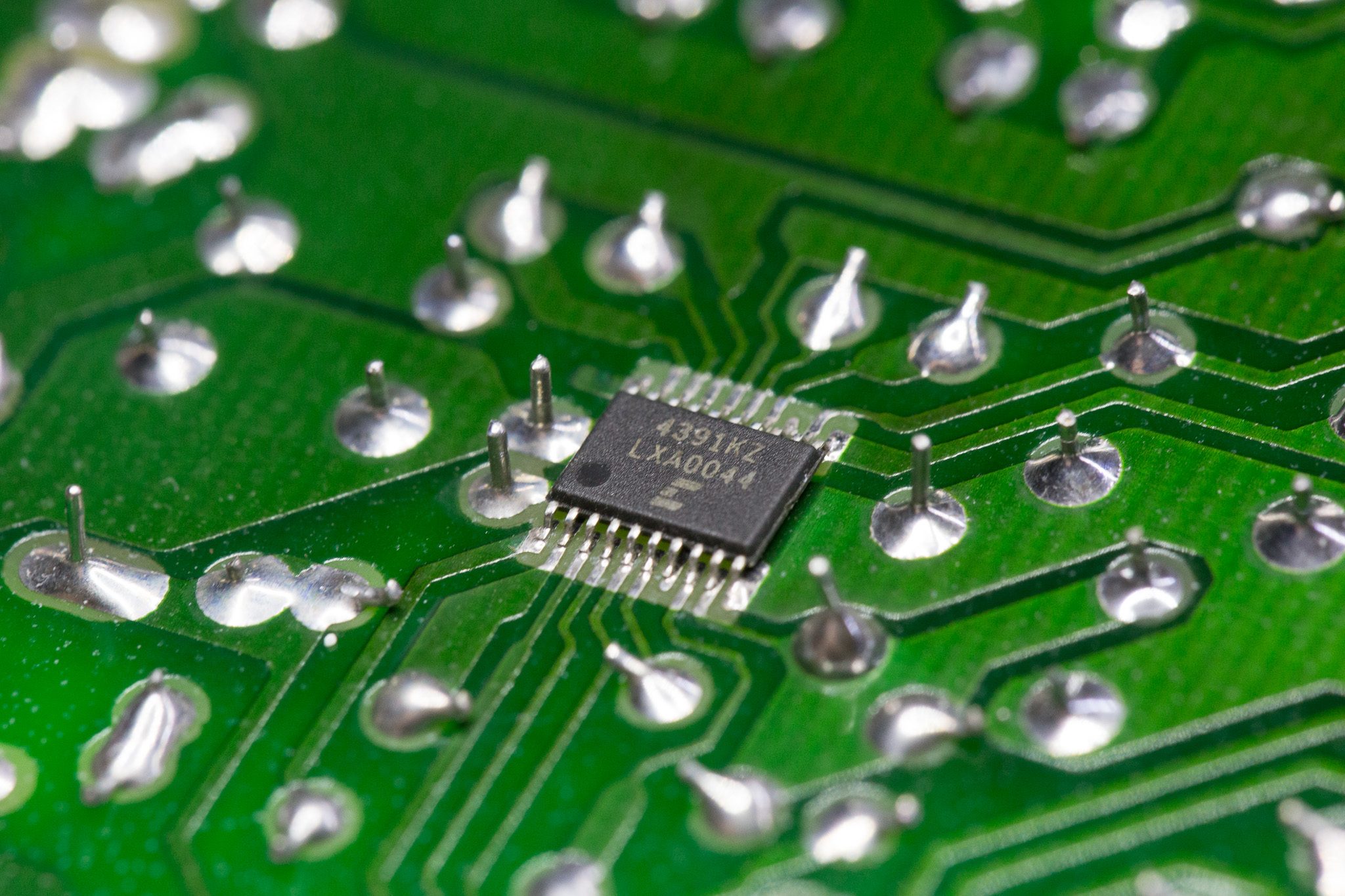 It appeared that this DAC has a balanced output (+ and -), but unfortunately there was no sound on either of those pins. Well, lets move back to the input.
The input is made of three digital signals; clock, L/R clock and data.
This works like this: Depending on the level of the L/R clock signal the data bits for the left or right signal are fed into the DAC. when all bits of one channel is in, the L/R signal will switch and the data stream of the other channel will be fed into the DAC.

Connected three probes to the PCB: 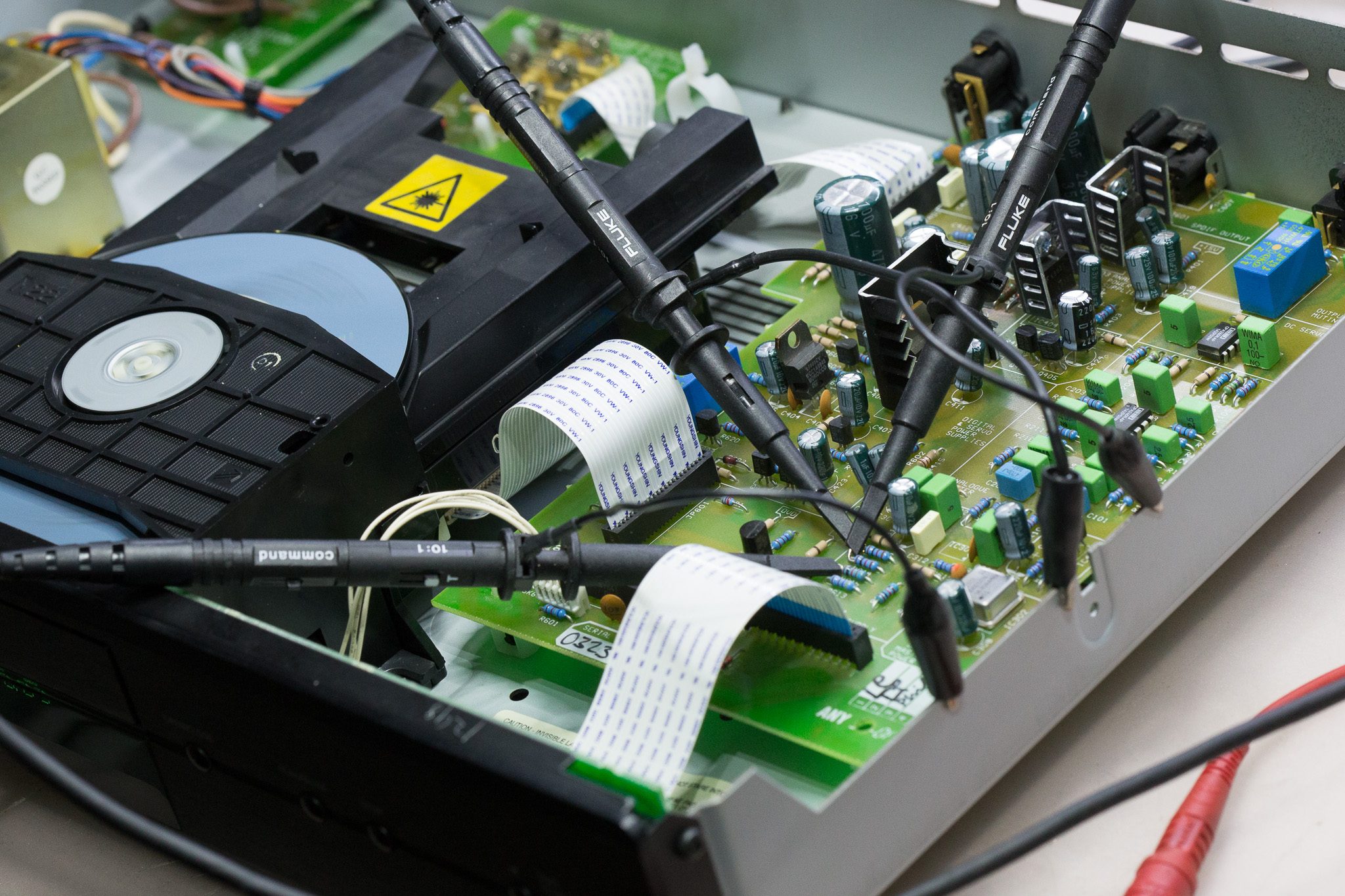 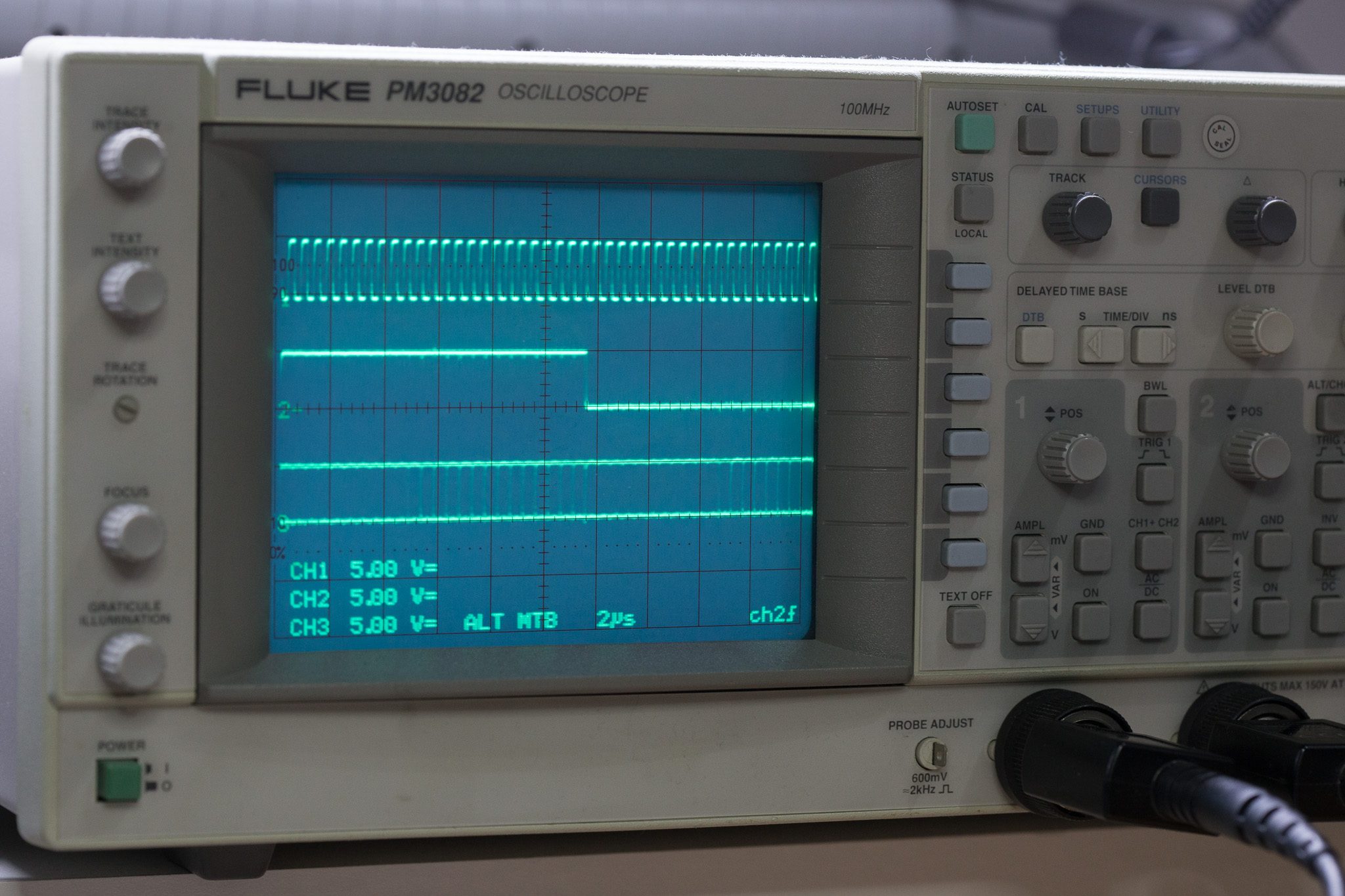 When googling the DAC IC, I found several topics on defect ICs. So best guess that the IC is defective. Checked all input voltages and AC ripple. So I ordered a new SMD DAC Chip. 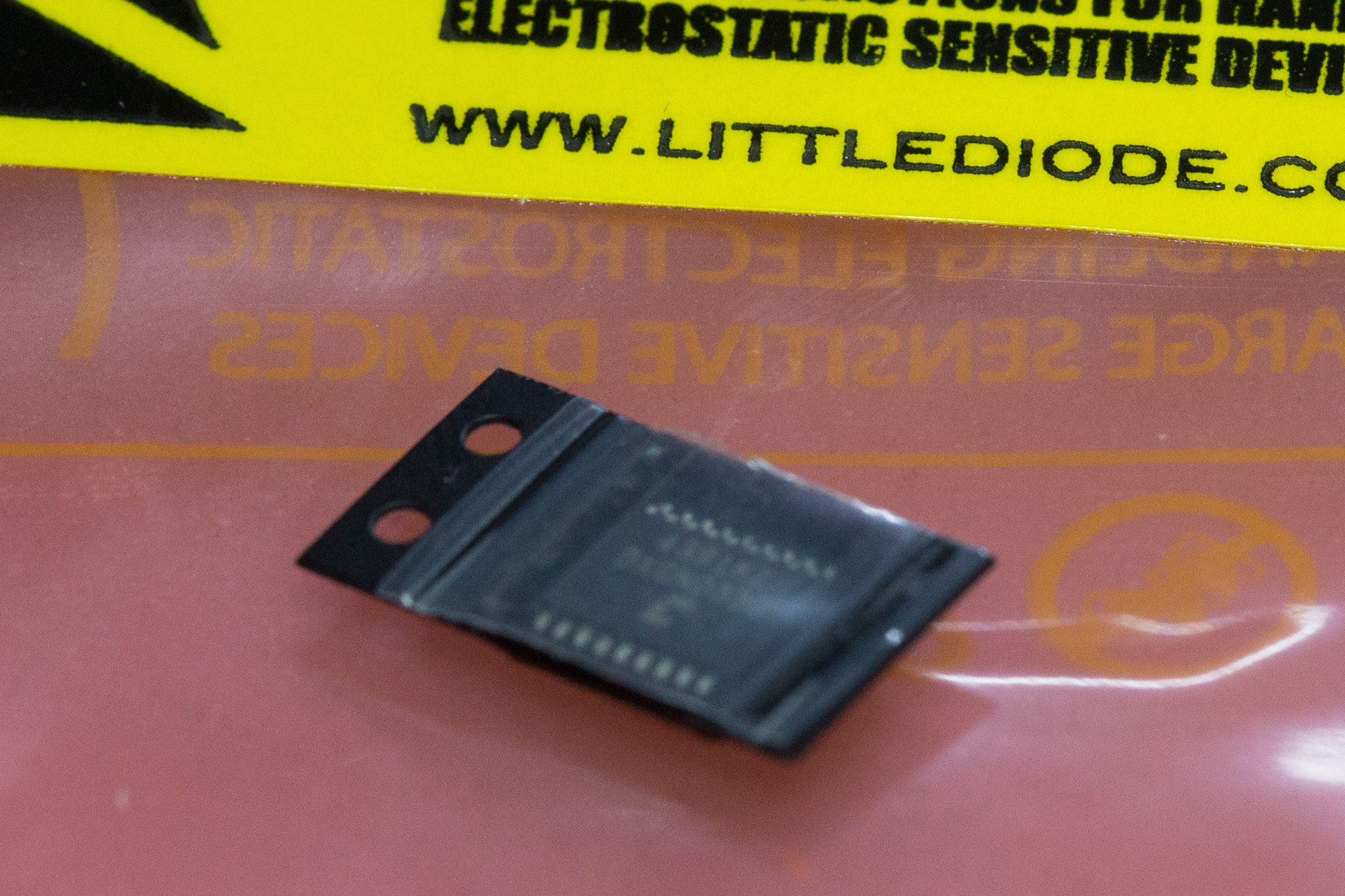 Now I need to prep the PCB for SMD replacement.
First grounding of the PCB: 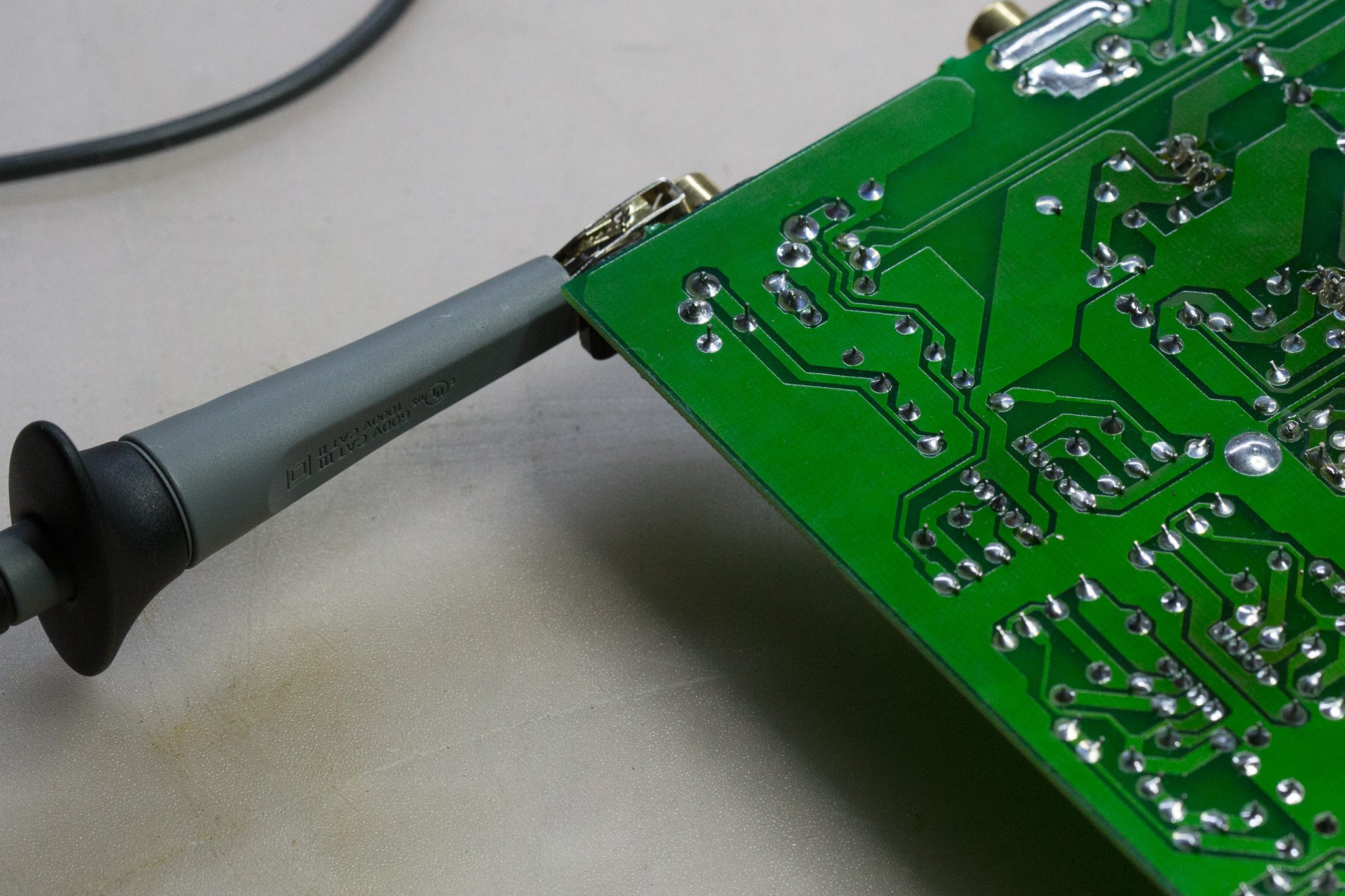 Second wrapping the PCB in aluminium foil to prevent other components from overheating: 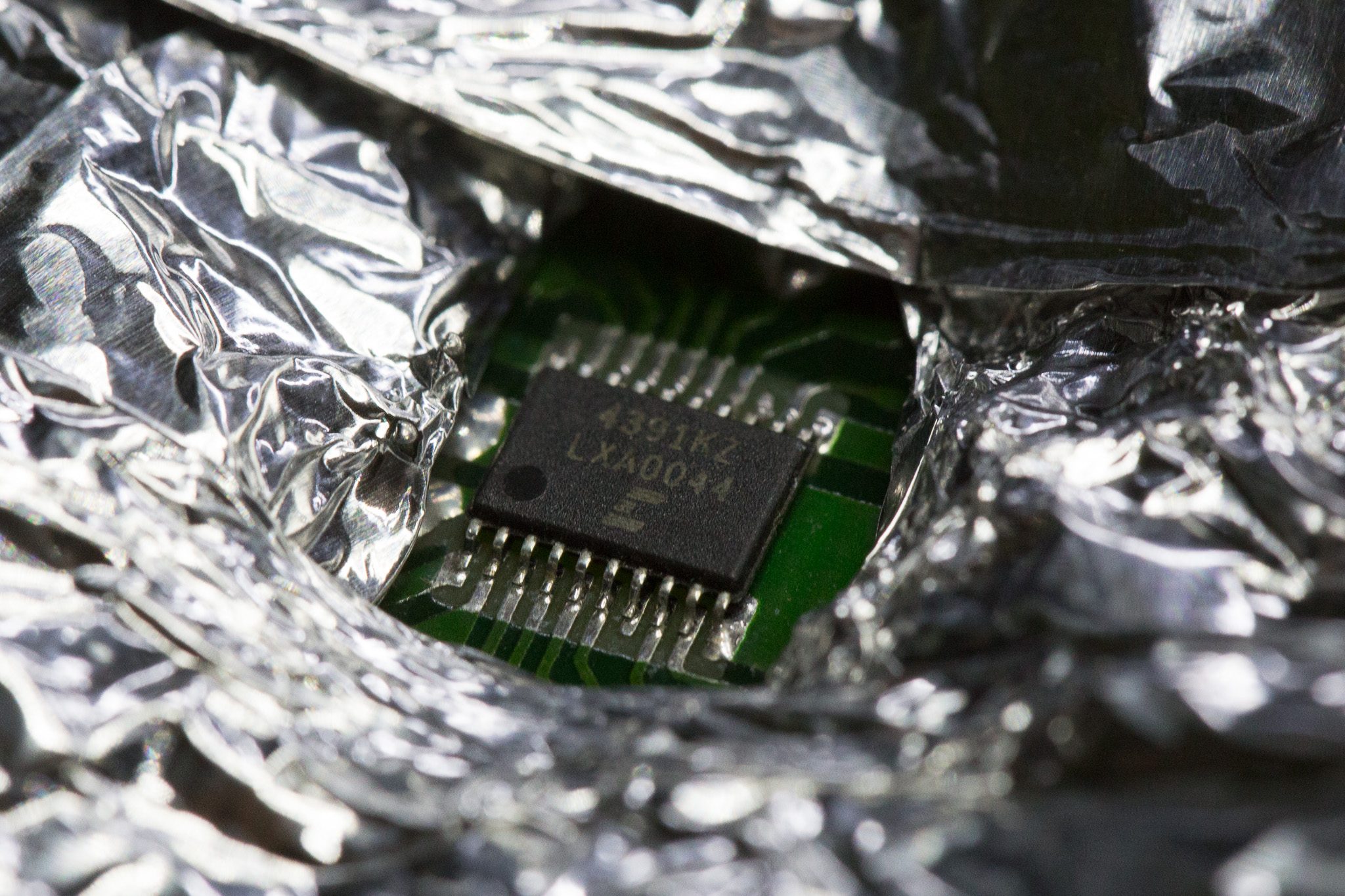 With a bit of flux and the hot air rework station on it, it came off quite easy: 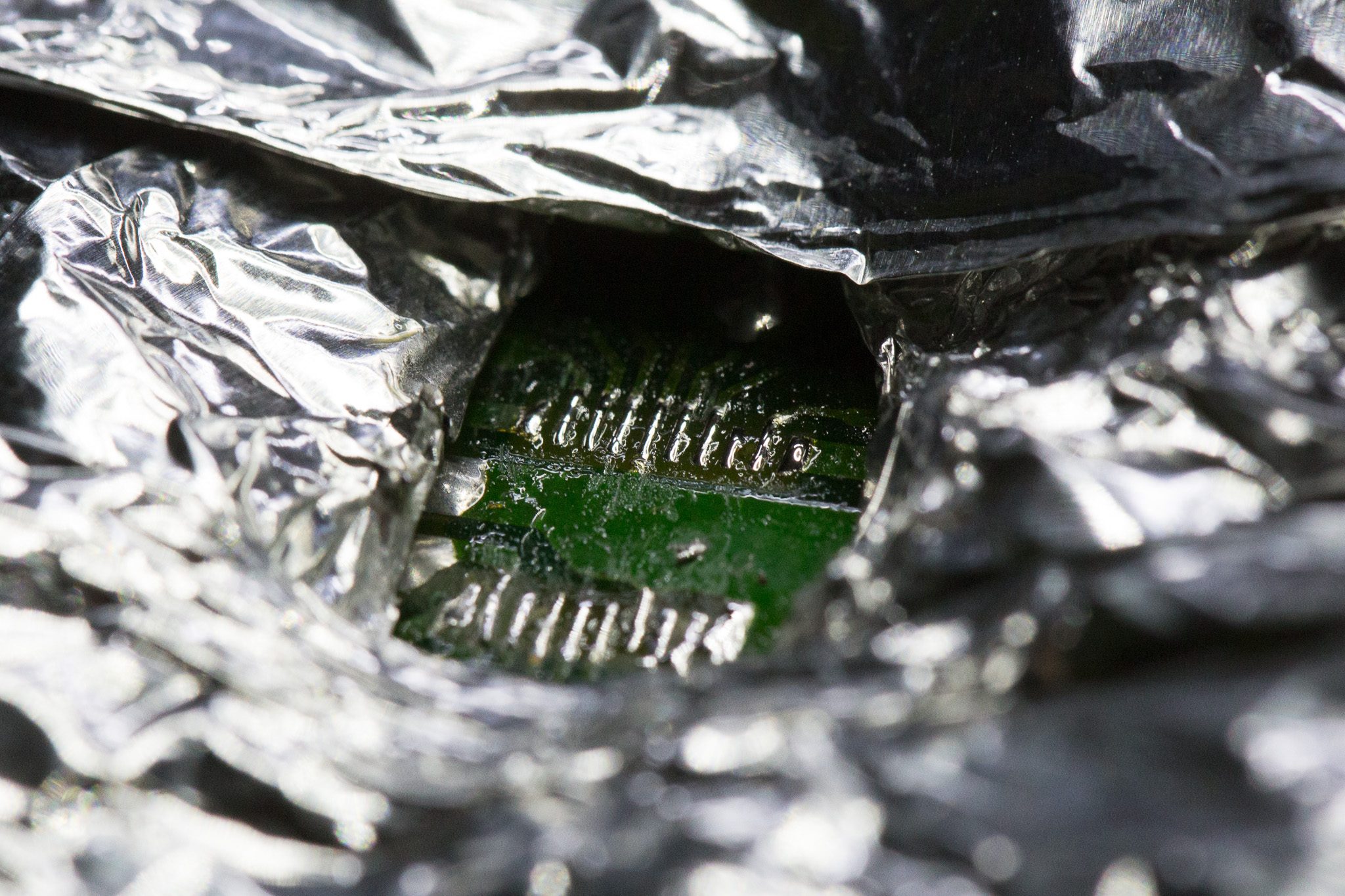 And there is sound again coming from the analog outputs!