An old Sony CD Player but very well reserved, came in the original box. Had been in shop storage for a very long time. 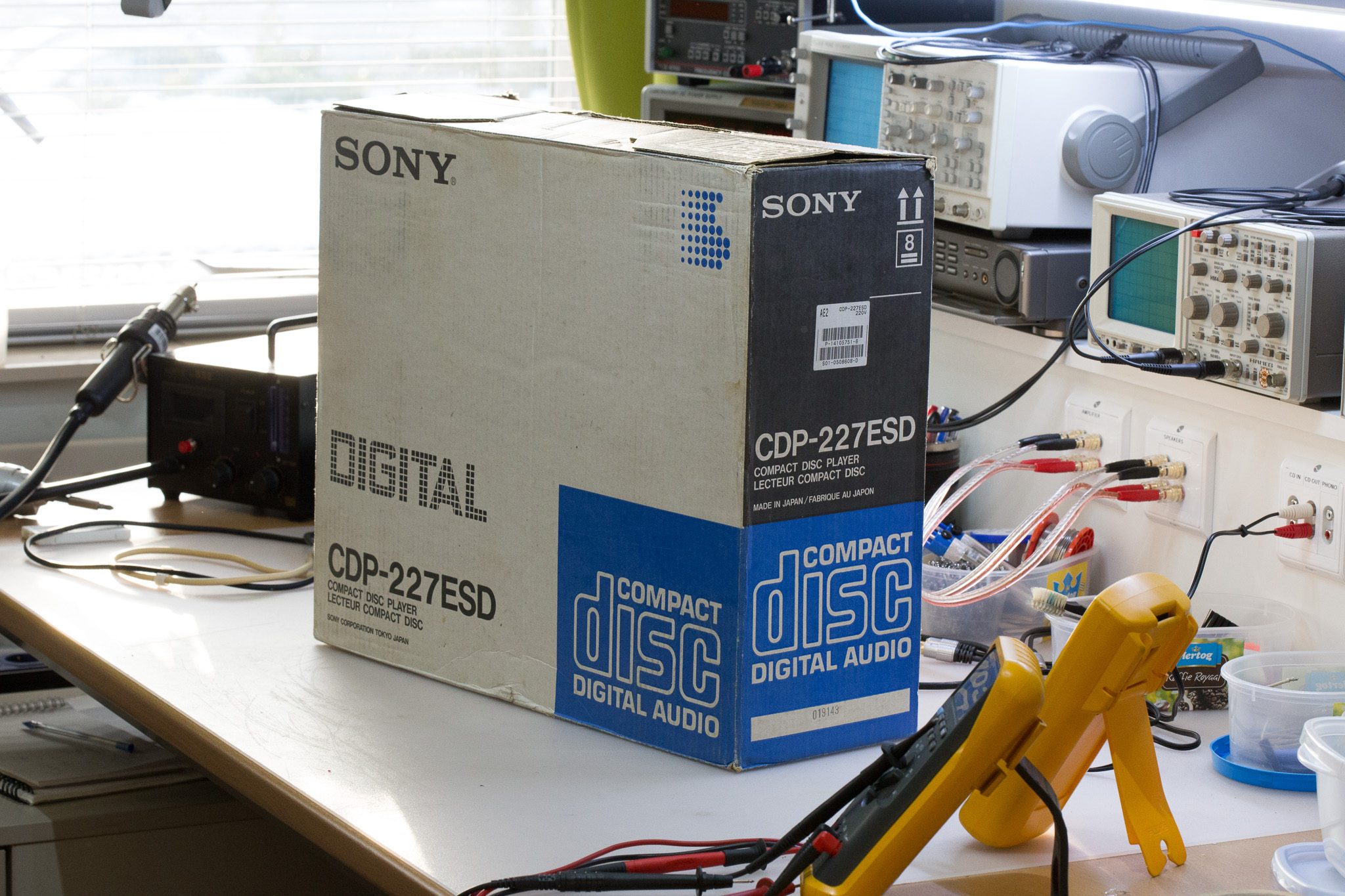 In mint condition, but unfortunately it does not read any CDs, so that’s why it’s here on the workbench. 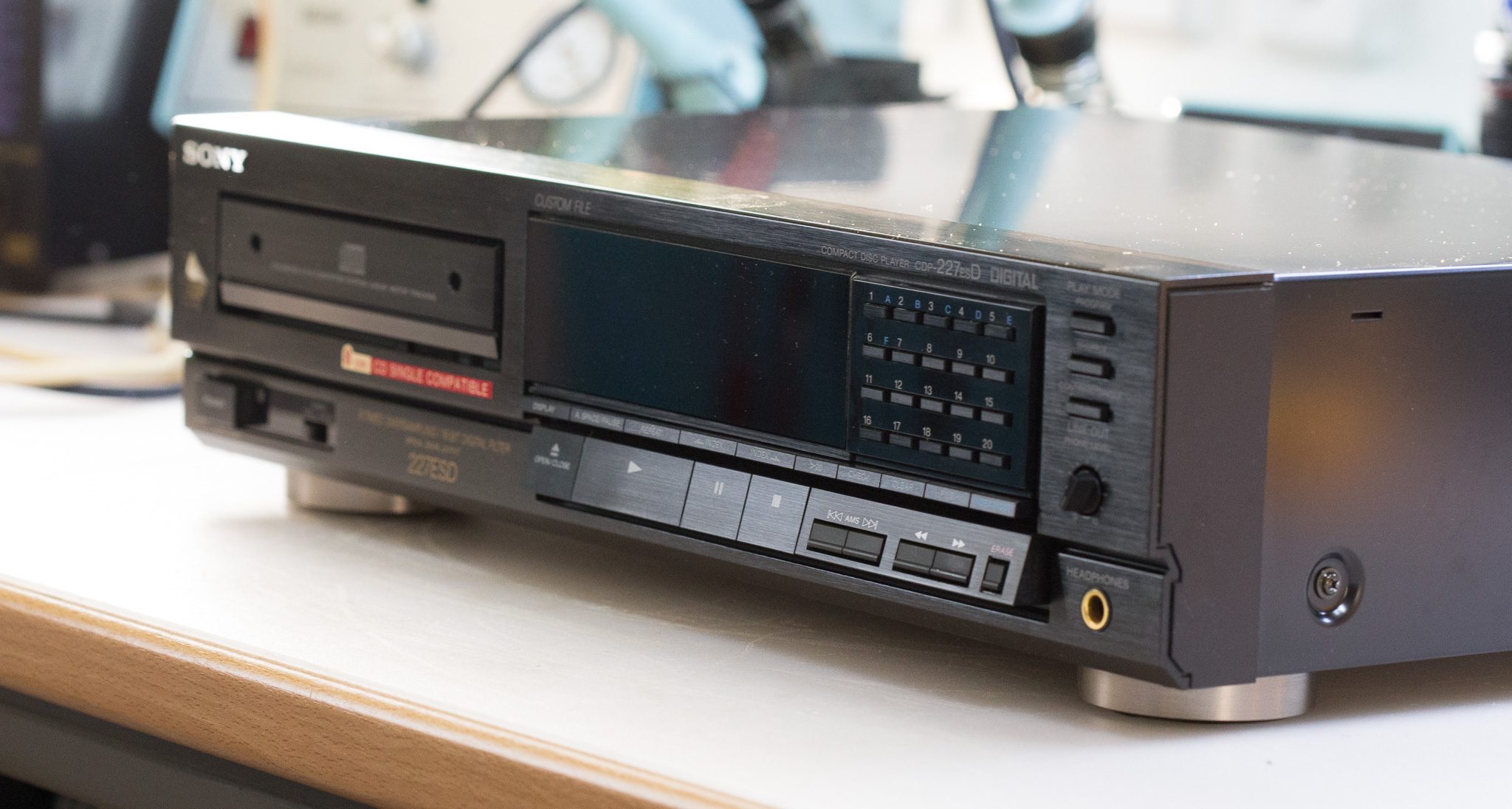 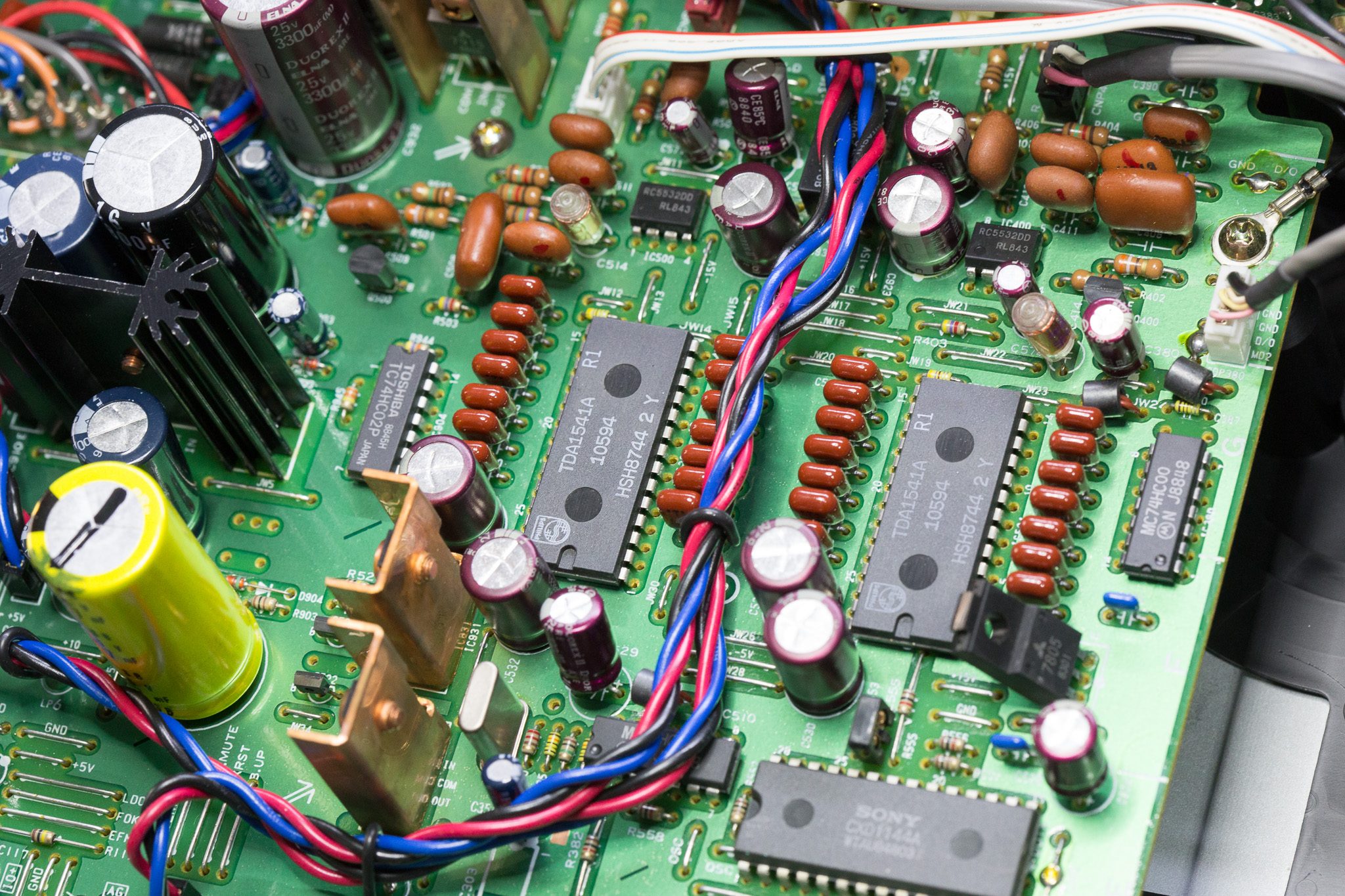 Of course Sony would use one of their own laser units, this time a KSS-151A without the geared motor for tracking, but lineair servo controlled. 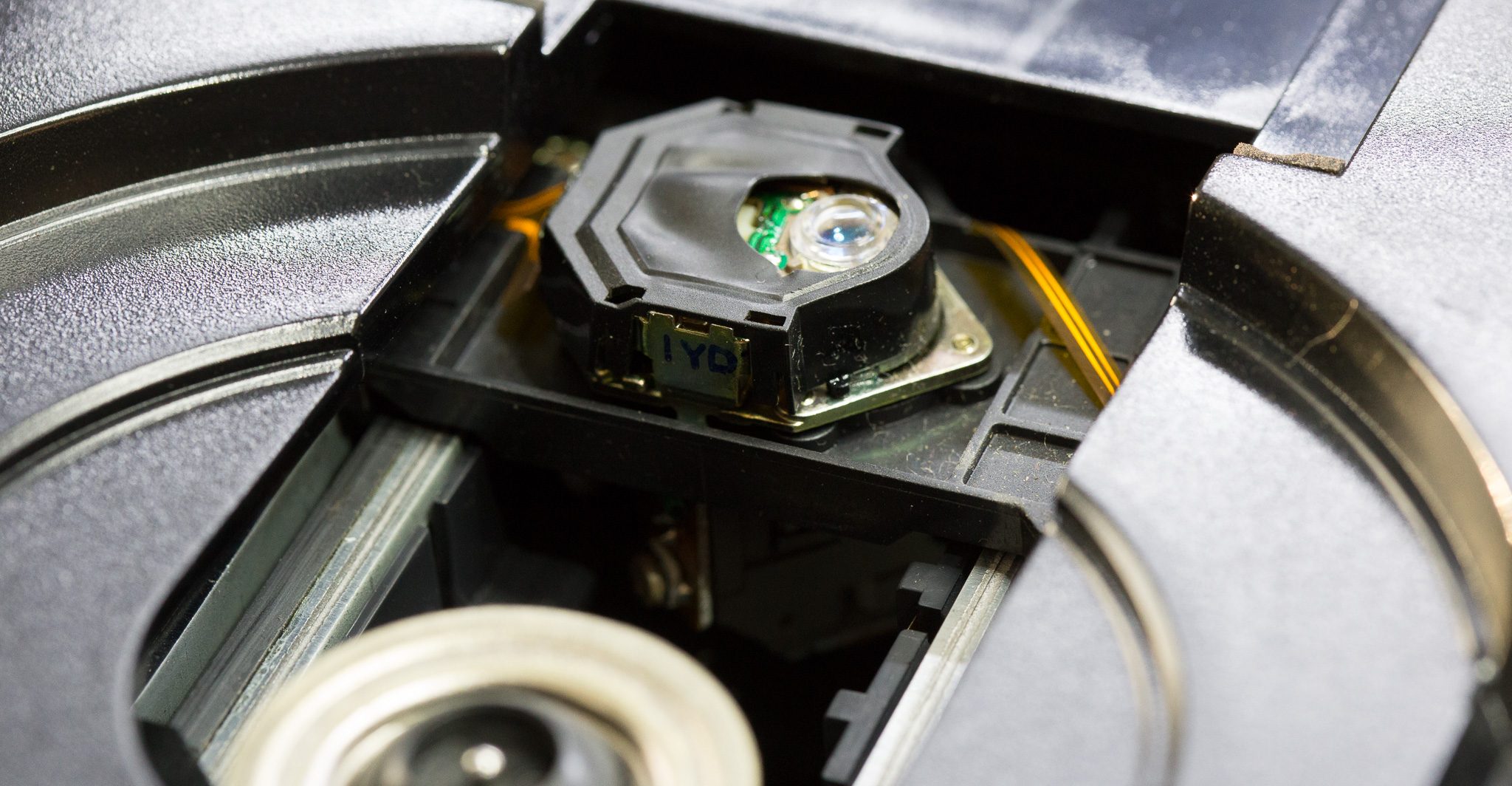 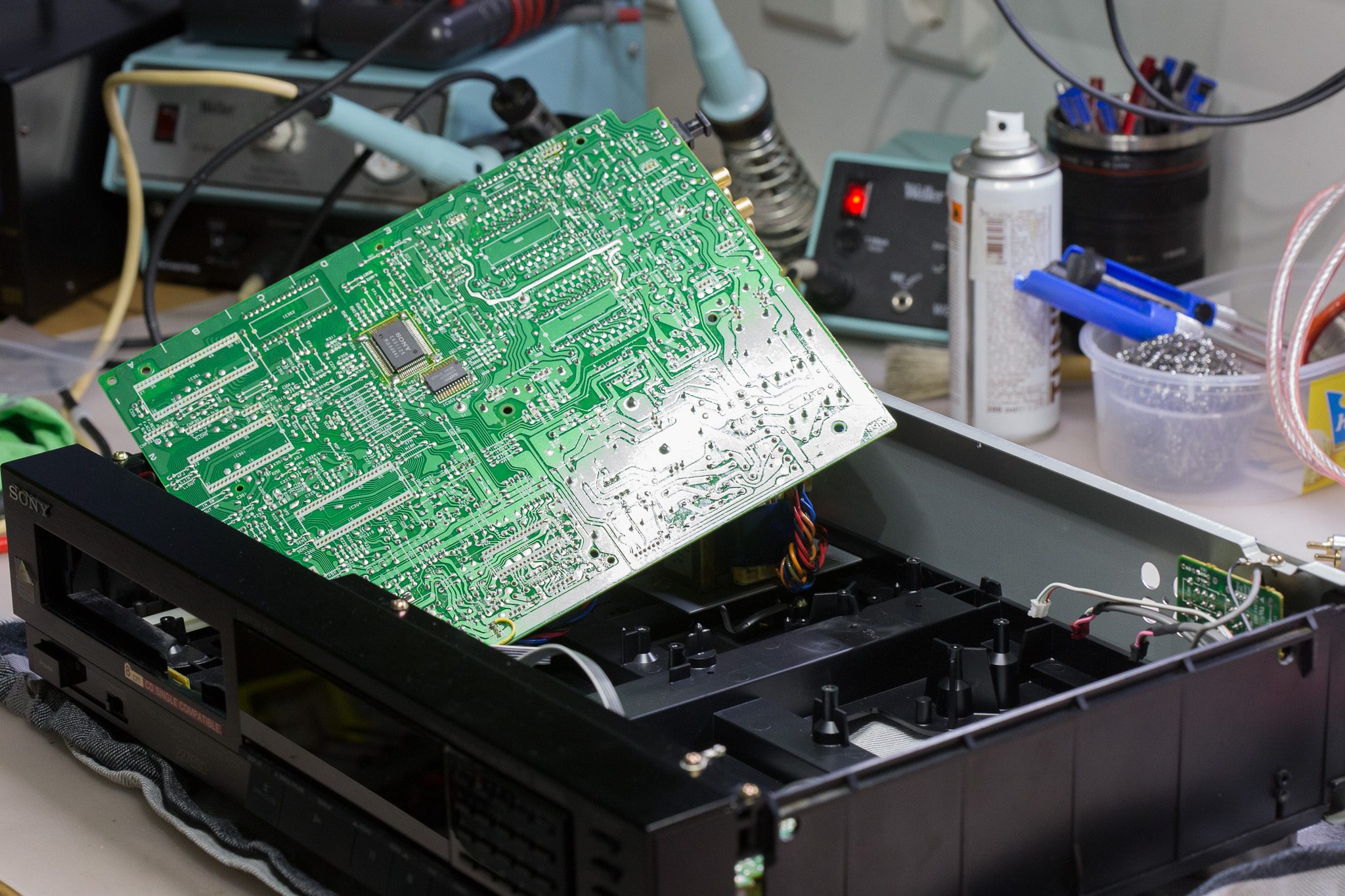 The soldering on this cd player is very poor as well as the PCB and copper traces on it. 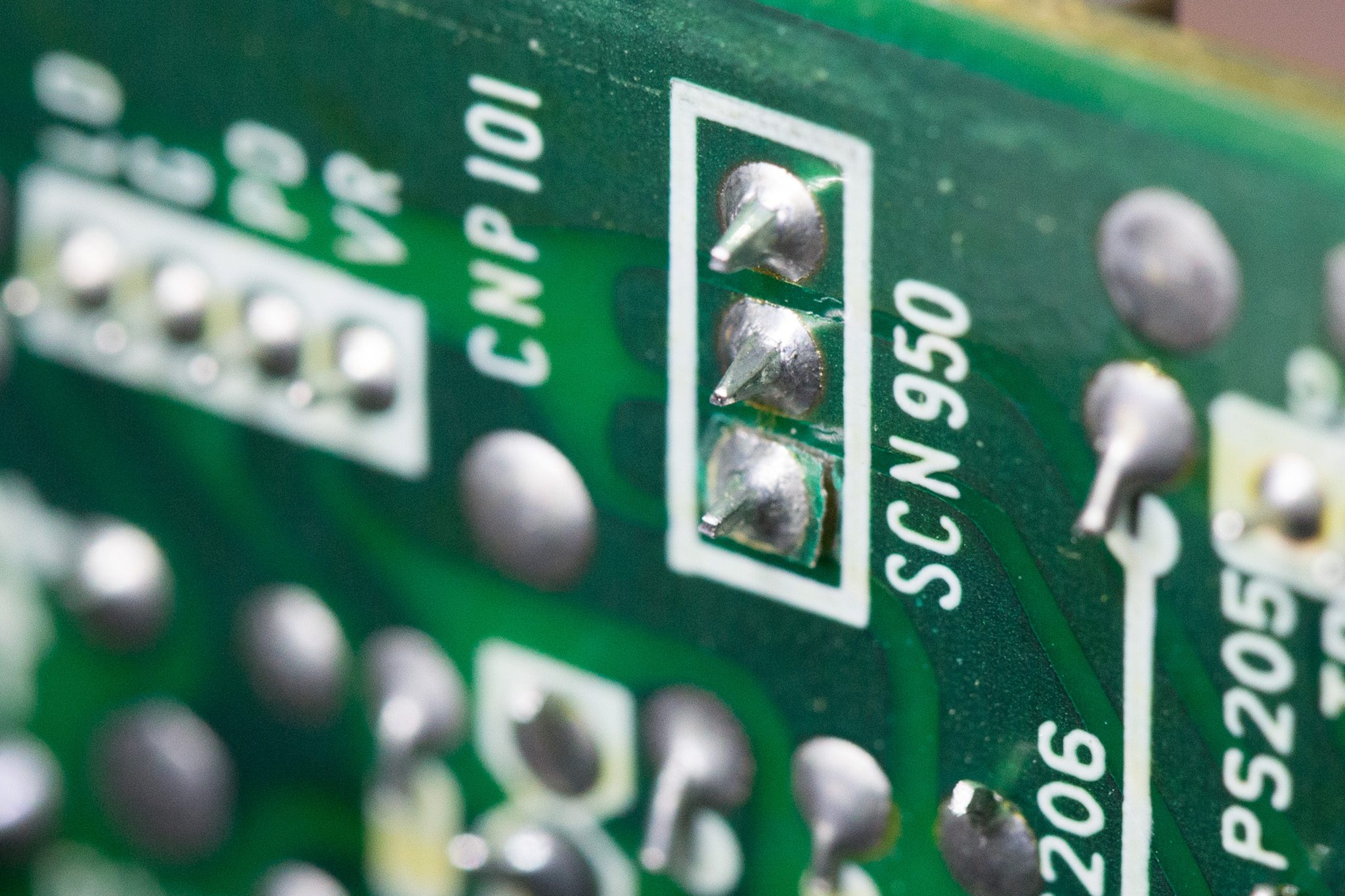 Transistor was disconnected which caused the missing voltage.

The connecting PCB between laser unit and main PCB 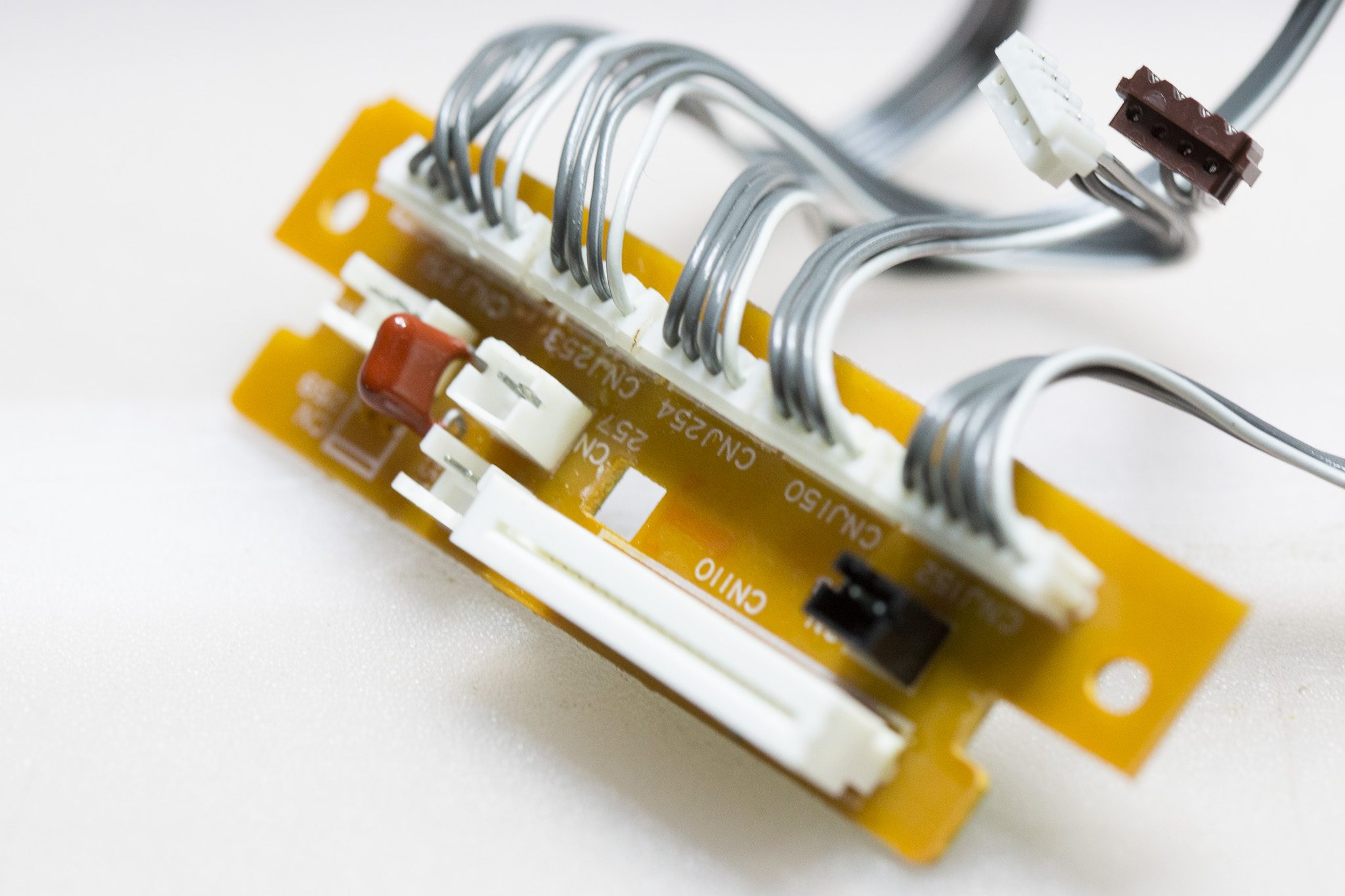 Bottom side with a bunch of bad solder joints. 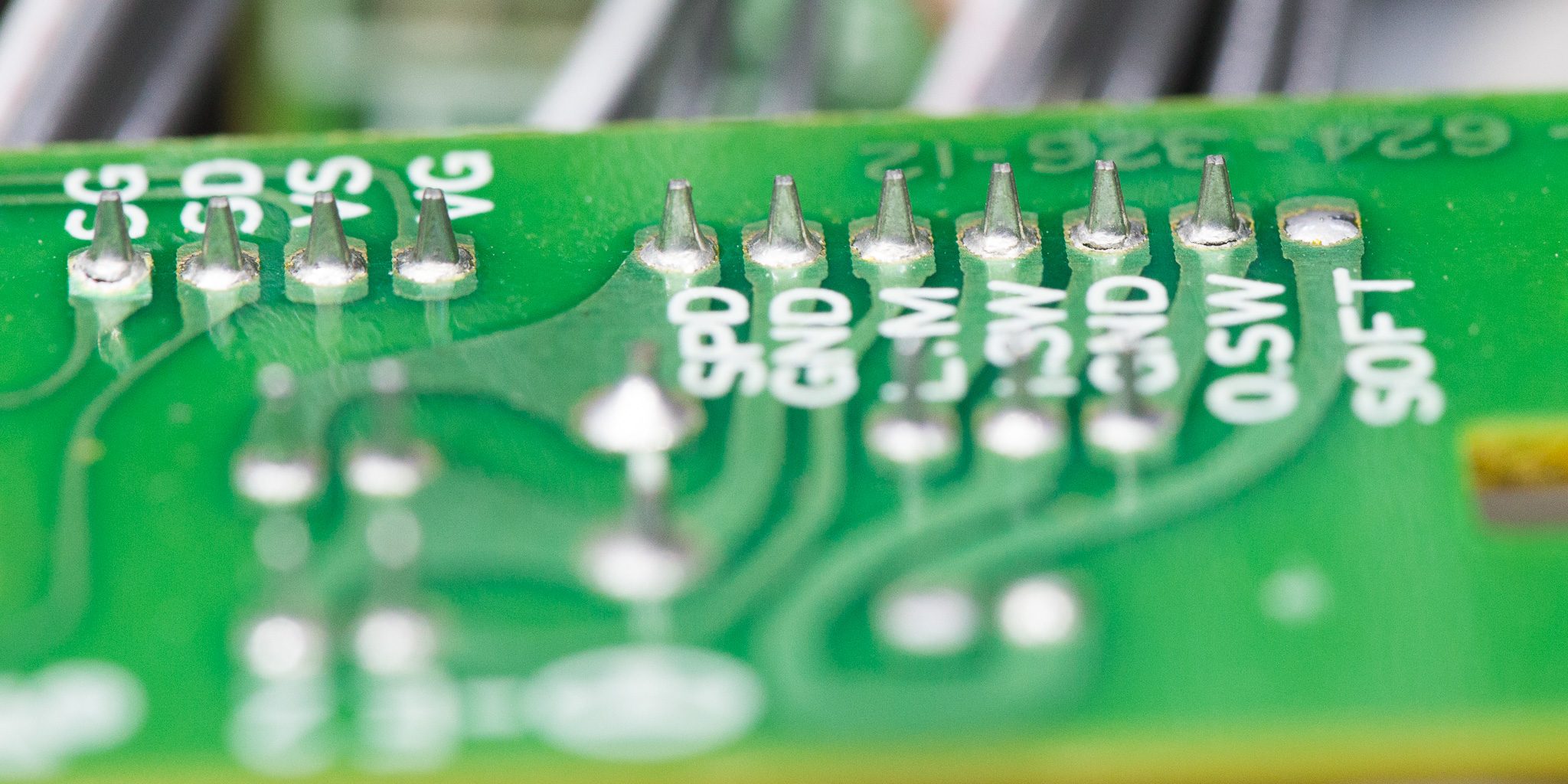 Unfortunately the fixes of the soldering and PCBs did not (yet) bring the cd player back to life.

Further investigation on the mechanical side I saw that the lens of the laser unit was not exactly straight above the laser.
Because a new laser is not available anymore, a donor cd player was the best option.
This was found in a Denon cd player, but the laser assemblies were not really alike. 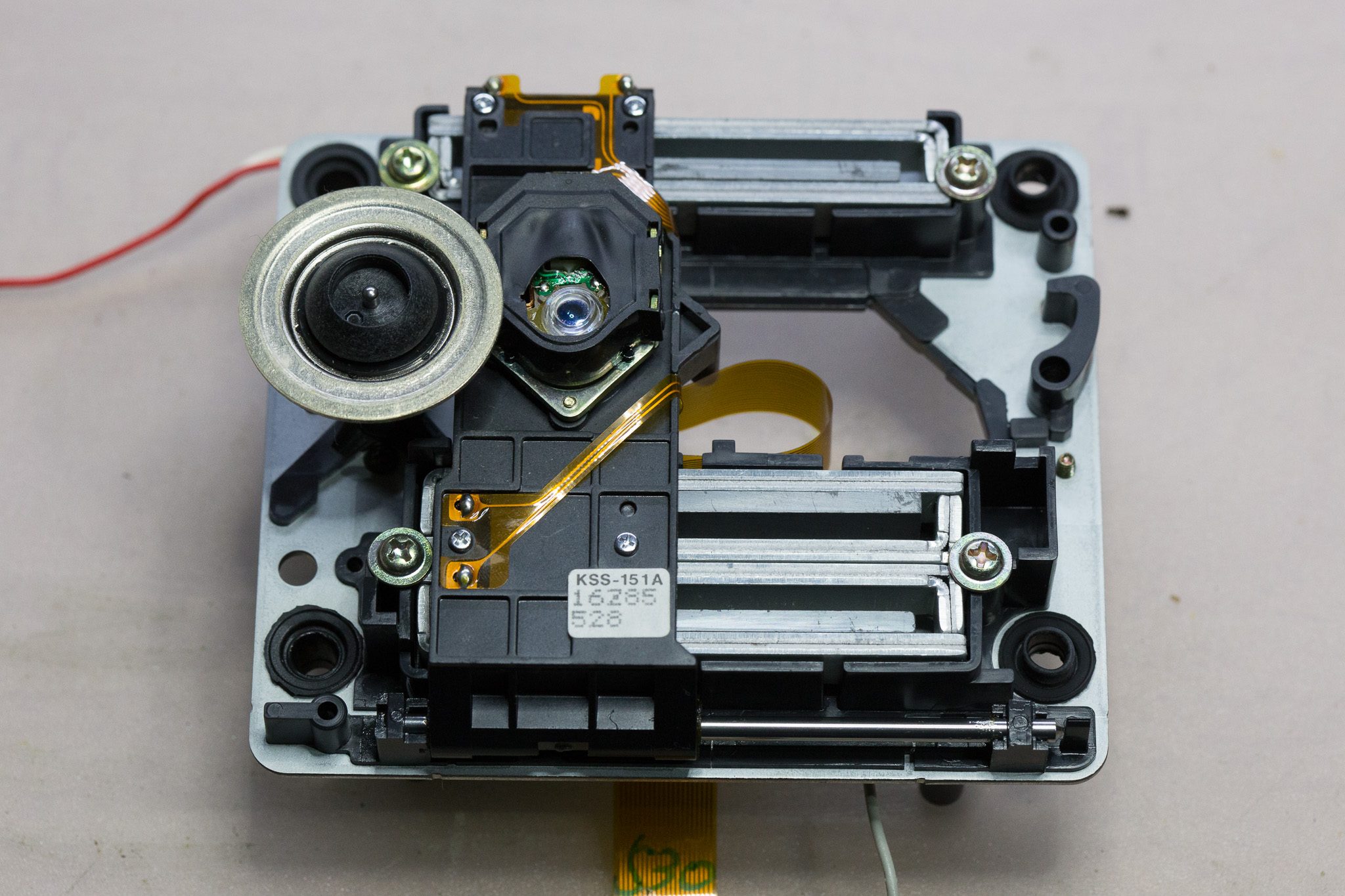 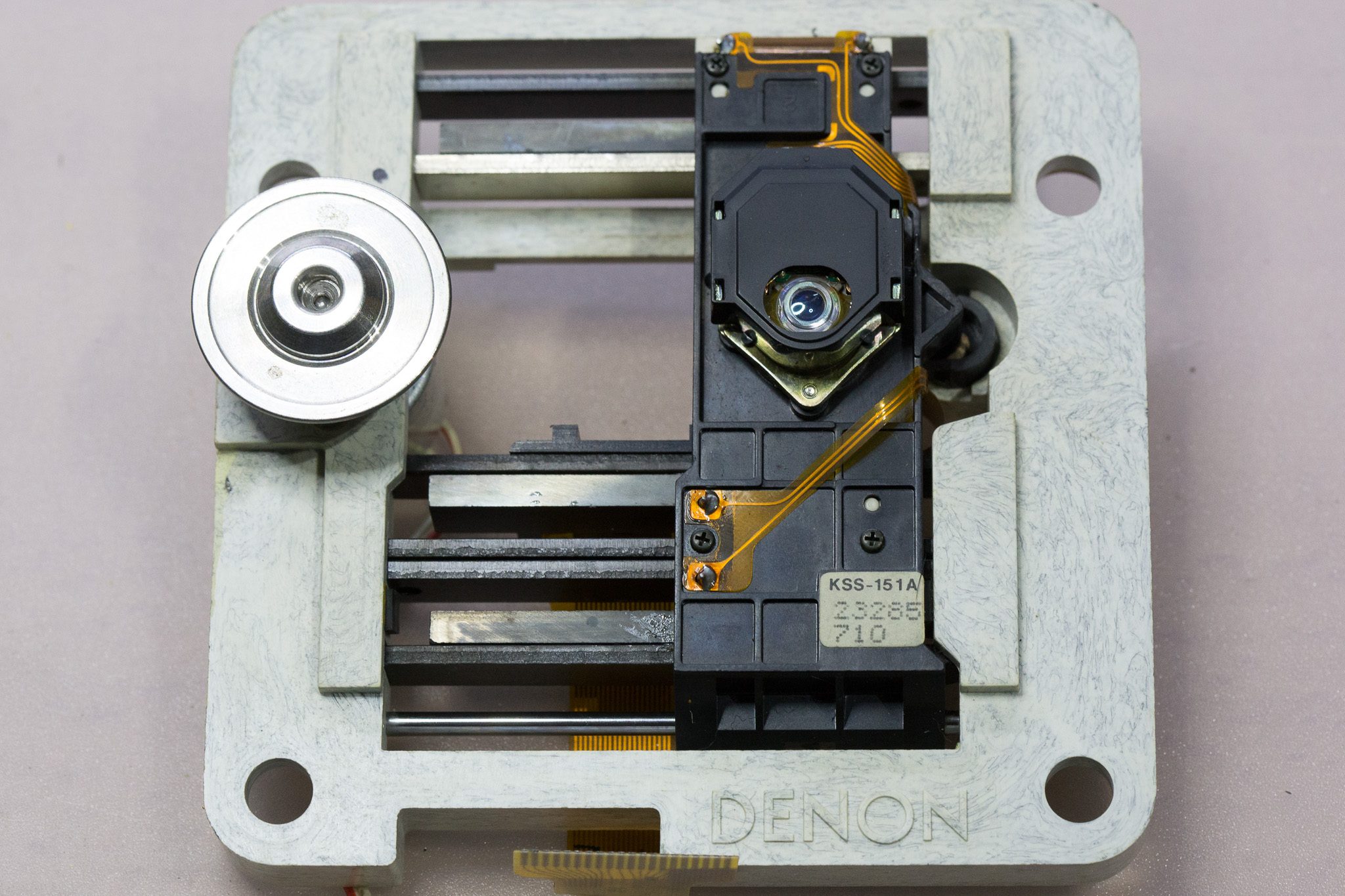 The laser unit as to come off, including those fragile orange flex cable solder joints. 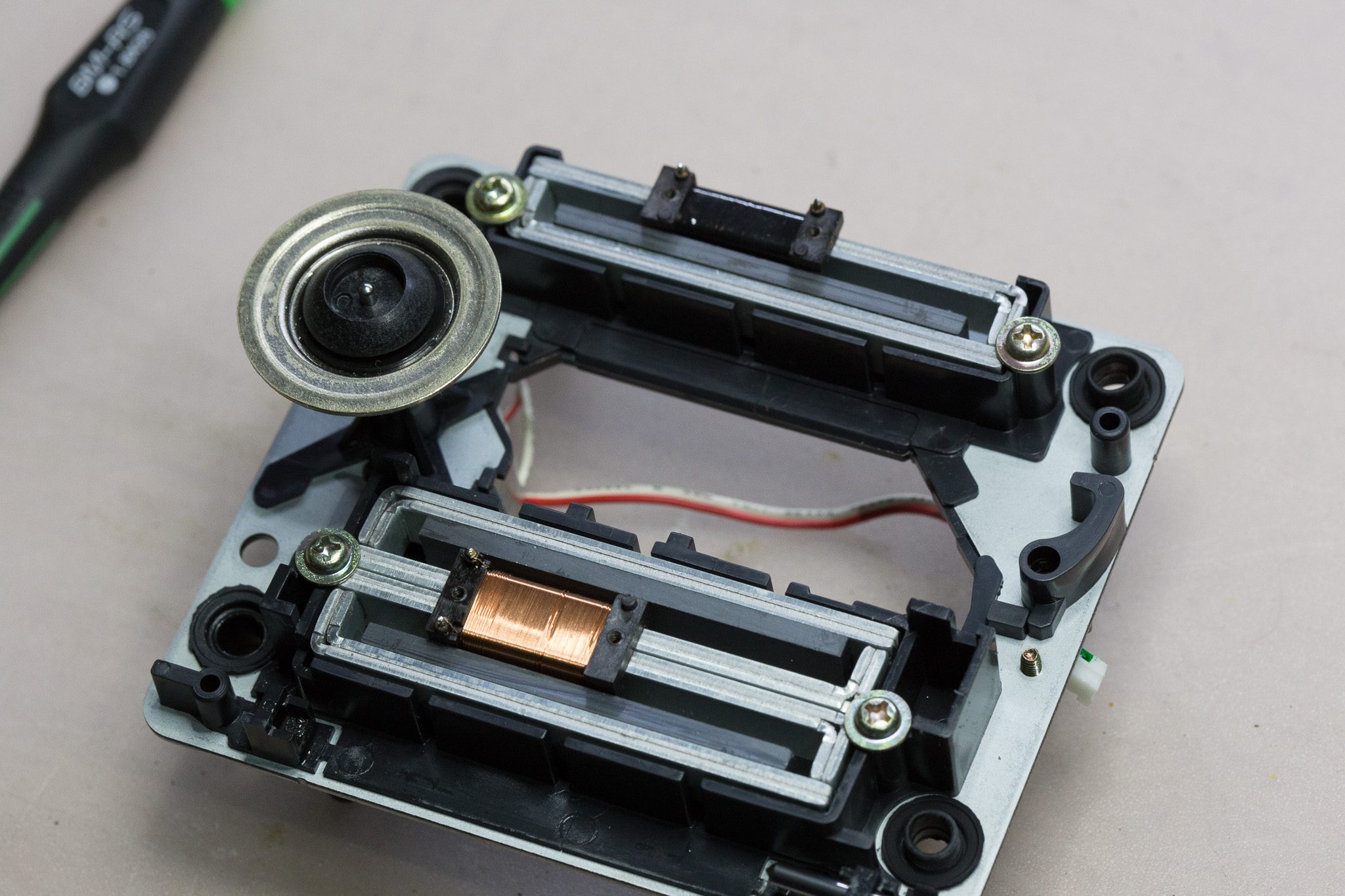 On the left the “old” Sony laser unit, on the right the “new” Denon 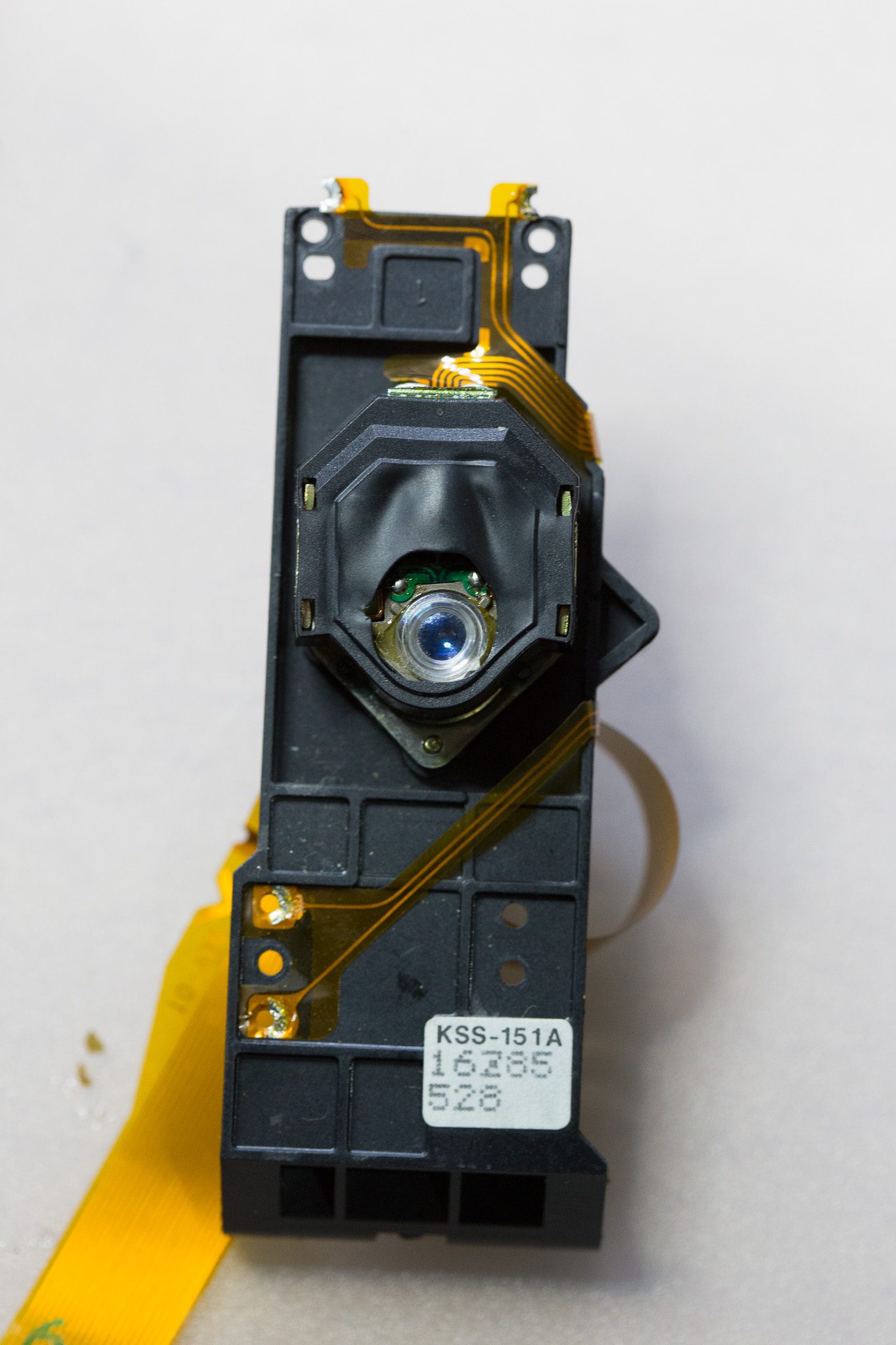 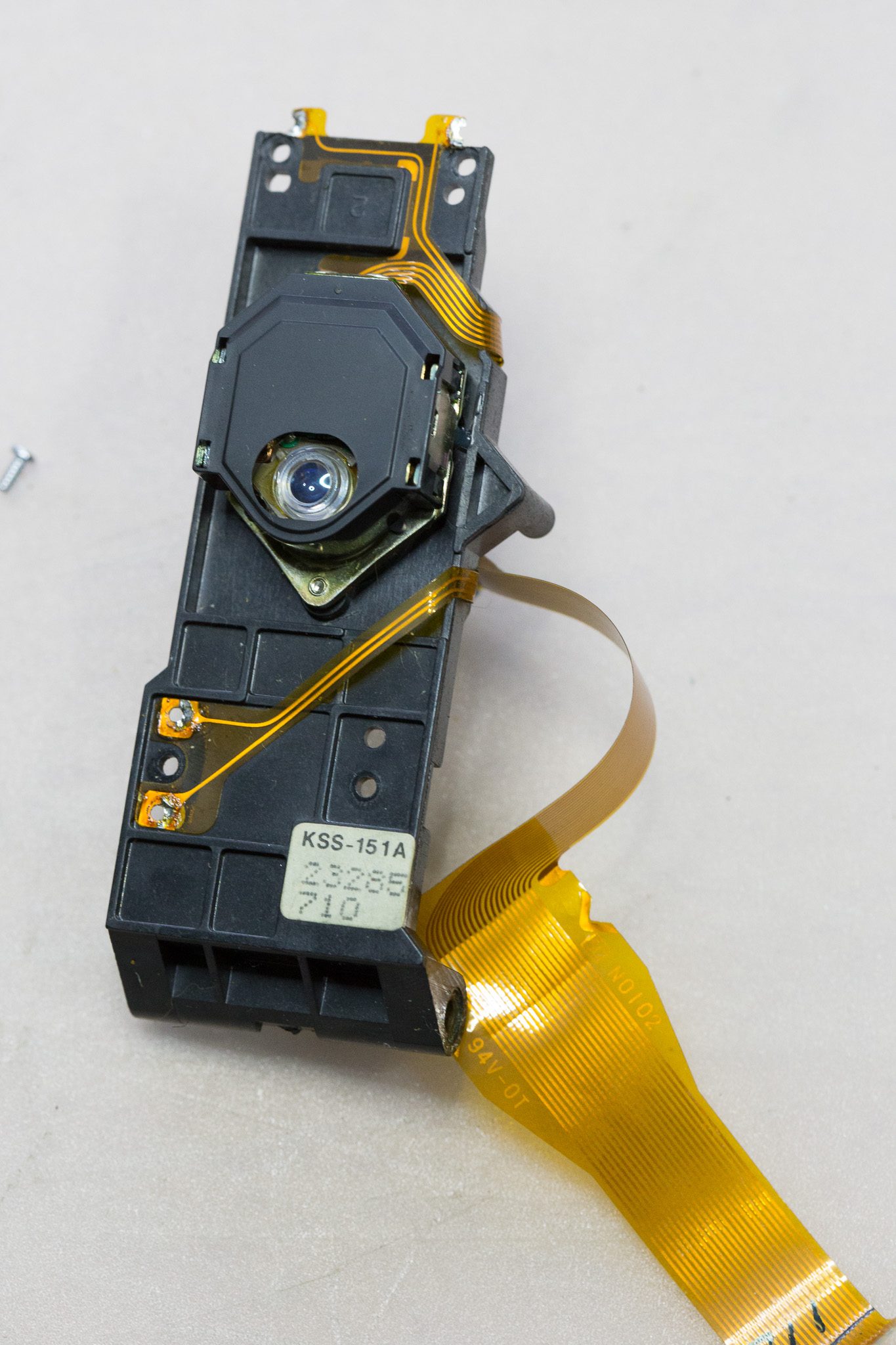 No more pictures. I haven’t taken a picture of the reassembled laser and running cd player.